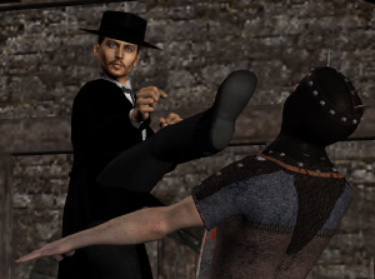 DRAKE THORNTON: MONSTER HUNTER is a new web series from Freedom Productions. The animated adult comedy/fantasy follows the adventures of Drake Thornton, a modern-day monster hunter and part-time novelist, and his cartoon rabbit sidekick Ralph as they encounter a variety of weird and wacky creatures, often with surprising results. It's a colorful world where humans, monsters, and talking cartoon rabbits all exist quite freely; much like real life if you happen to do a lot of halluciogenics or live in a really weird neighborhood.

The show was originally intended to be 22 minute television show, either for broadcast/cable or pay streaming media, but the creators of the show, Scott Freiheit and Randy Thomas, found it extremely difficult to get a "pitch meeting" with anyone so they decided to produce the entire first season themselves...and still found it difficult to get a meeting! So they decided to take the bull by the horns and release the show as a web series on Vimeo. 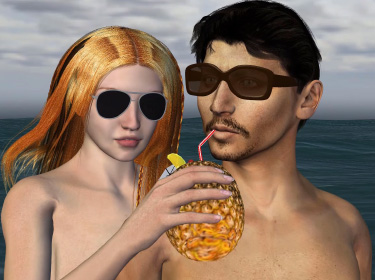 Season One of the series will feature 12 episodes along with "bonus material" that was originally intended to be attached to various episodes to round the running time off to a TV friendly 22 minutes. While the average episode runs around 20 minutes now, long by web standards, the stories move at a brisk pace and there is plenty of action, sex, and humor to keep the viewer interested as well as preserving the basic TV "feel" of the production. (Did we mention this was an "adult" show? Please be advised that there is a lot of sex, monster hunting, and very naughty language, especially from Ralph, who has an extremely dirty mouth!)

Being on the web turned out to be advantageous in a number of areas, notably the lack of censorship. The content is frequently aimed at mature audiences and the language is uncensored but most importantly the show is presented exactly as written without outside interference or network meddling. Artistic freedom is a precious commodity and hard to come by in the world of television without an extensive track record. Plus, at the moment you can watch the show for free, which is really cool. We'd love to make money but we also enjoy having people see what we've created...even if it is kind of...unique.

Ultimately the show would like to find a home in a more traditional TV environment but for now the creators are excited to explore the possibilities of webcasting while building a loyal following. 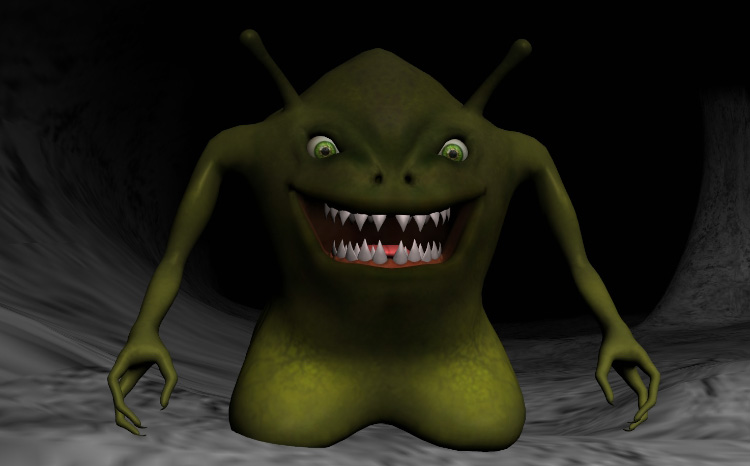 Watch Us on Vimeo 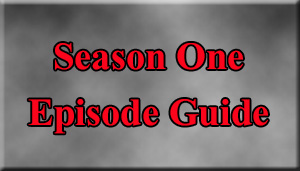 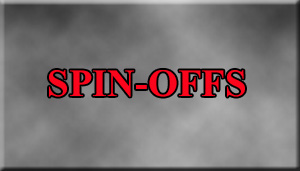 Drake Thornton (Scott Freiheit) is an unusual man with a strange profession...he hunts monsters for a living. All kinds of monsters. Scary monsters, silly monsters, dangerous monsters and quite a few monsters who turn out to be not terribly monstrous at all. It's actually a family tradition dating back centuries so you could say that monster hunting is in his blood...along with a very high alcohol count, but hey, monster hunting isn't easy! He's also an author and a ladies' man and his manner of speaking often strays into the realm of the purple prose that he writes.

He favors old-fashioned attire and weaponry but won't hesitate to use the latest high-tech gadgets when necessary. Of course despite his many combat skills he actually prefers non-violent solutions whenever possible. We're not saying that Drake is lazy...exactly...but he does tend to favor the path of least resistance in most things.

Drake is a man who possesses a wealth of arcane knowledge and the patience of a saint, which is constantly being tested by the people and creatures around him, especially Ralph, his sidekick and roommate.

Ralph is also a rabbit of many parts, making custom jewelry and hosting a very successful blog, so he claims at any rate. If evidence of such a blog ever surfaces we'll certainly post a link to it here.

Ralph is an odd combination of child, pet and drinking buddy to Drake although it's not quite clear how the two came to be friends in the first place.

He's referred to as a "cartoon character" and yes, we know, the whole thing is technically a cartoon, but in the world of "Drake Thornton" there are "normal" animals who don't talk, drink booze or watch pornography. Those animals aren't unusually large or brightly colored either so we stand by our contention that Ralph is a cartoon within a cartoon. So there.

Down in the basement/laboratory the crabby Dr. Horatio (Scott Freiheit) rounds out the monster hunting team. The doctor is of indeterminate age and national origin but he appears to have spent time in both Central Europe and South America. He is frequently called upon to come up with scientific solutions to their supernatural problems but is rarely allowed to leave the basement where he lives a very Spartan existence, to put it mildly.

It's not terribly clear why Dr. Horatio lives in Drake's basement or allows himself to be a virtual prisoner but despite his many protests he usually complies with whatever he is asked to come up with, often on very short notice. There doesn't appear to be any area of science and medicine that he's not an expert in.

His main hope in life appears to be that Drake will eventually bring him some macaroons.

Drake's next-door-neighbor Gary (Scott Freiheit) is a strange, single-minded fellow totally obsessed with zombies, although he's never actually encountered one in person. His home is protected with every type of anti-zombie device and warning system including a huge underground bunker to retreat to as a last resort.

He claims to have a family, which is never seen for some reason, and has the habit of borrowing Drake's tools but never returning them. He also frequently purchases strange things from traveling gypsies who wander through the suburbs of Los Angeles for some reason, often resulting in complications that Drake has to ultimately deal with.

Despite his zombie paranoia he is usually chipper and upbeat and won't hesitate to tell you that his erections are always of moderate duration, even if you didn't really want to hear it. 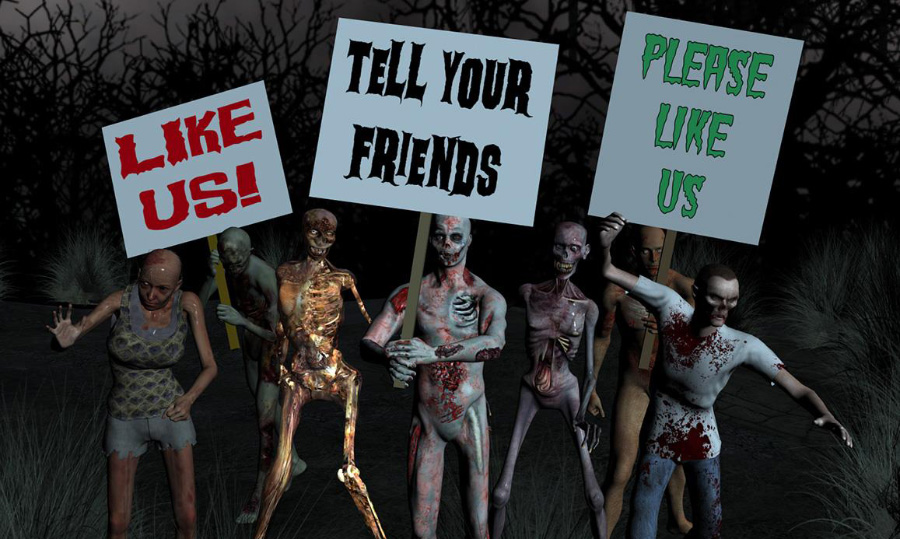 Being insecure, attention-starved artists we crave your love and approval. We also can't afford therapy so this is the best low-cost solution available. In all seriousness, Internet popularity is the new "coin of the realm" in the entertainment industry and it really helps to be able to demonstrate that you have a "following" and a fan base already if you have any hope of ever getting anywhere in the "biz" today. It's also extremely gratifying to know that someone is actually interested in what we're creating. We make it to try and entertain people and we're not charging anything for it so your happy feedback is our only compensation. So please remember to "LIKE" us at FaceBook or give the videos a "LIKE" at Vimeo. Your comments are also greatly appreciated and can help us to know what's working best and what we need to work on more. We like you. All of you. Would we lie about a thing like that?

BEHOLD THE OPENING CREDITS IN ALL THEIR GLORY!